So it turns out that roughly halfway between Venice and Tuscany is a small town called Maranello. It is known for one thing – it is the home of Ferrari. My Travel Agent / Website Admin said that if we stayed for a couple of nights in Maranello we could split the drive from Venice to Tuscany into a more manageable trip.

His ulterior motive was to spend some time at the Ferrari Museum and seeing as Lamborghini also has it’s headquarters just up the road in Sant’Agata Bolognese it made perfect sense to stop here for a couple of days. He lured me into signing off this detour with the inclusion of a trip to a traditional Balsamic Vinegar producer and a Parmigiano Reggiano cheese maker in nearby Modena. 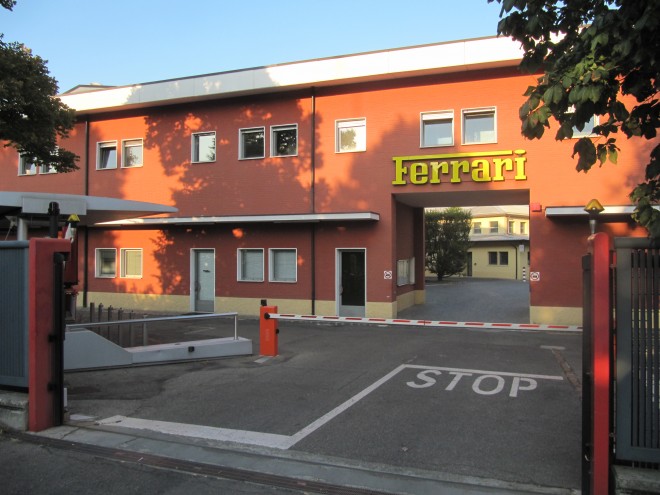 We set off from Venice in our little Fiat 500 hire car (how else to drive around Italy). It was the first time either of us had driven abroad and the first few minutes were a bit chaotic until we realised the Sat Nav was set to Pedestrian Mode. With the settings changed we hit the Autostrada and left Venice for the Emilia-Romagna region. It didn’t take long for my Creative Director / Chauffeur / Racing Driver to get fully accustomed to driving like an Italian (maniac) and soon we arrived at Acetaia Villa San Donnino – a traditional Balsamic Vinegar producer just East of Modena. 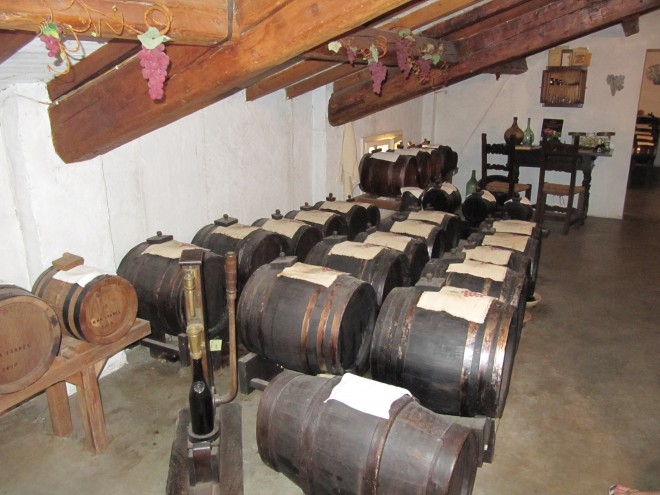 Despite arriving at the same time as a huge load of tourists we were relieved to find out we would be shown around the Villa privately by Francesca. She gave us an insight into how traditional Balsamic is made and at the end of the tour we tasted the various types available. It was not surprising to find that their product tasted far superior to the ones you can buy in a  Supermarket. It was also not surprising that I bought some. 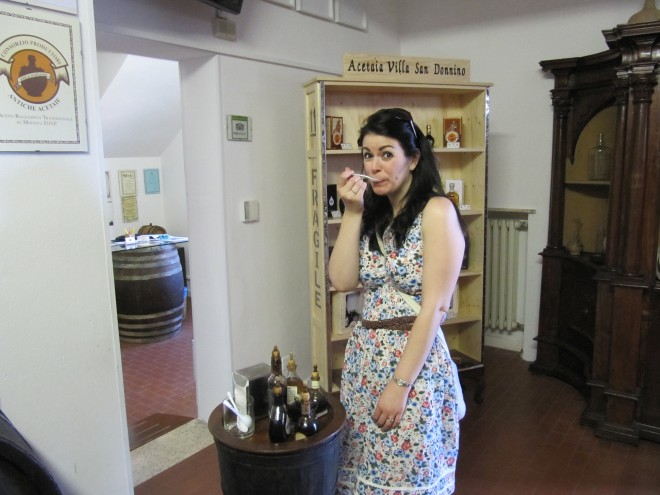 We were staying at the Maranello Village hotel just outside the town. We may as well have been sleeping inside a Ferrari what with all the red decor and car photographs on the wall. There is even a full size F1 car incorporated into the reception area but it was a nice hotel.

In the evening we went to Bar Trattoria La Fontana near the town centre. It doesn’t look like much from the outside but the food was amazing and the service we received from Marco (I think???) was fantastic. His English was excellent and he gave us some great recommendations for some more local items on the menu.

We both liked the sound of the starter, Gnocco Fritto con Prosciutto di Modena, assuming it was going to be fried potato pasta balls like Gnocchi. It was not. It was three large deep fried puffs of dough (made with lard) served with prosciutto on top and the way to eat it was to fold each one with the ham inside. My Chauffeur described them as ham doughnuts – amazing! 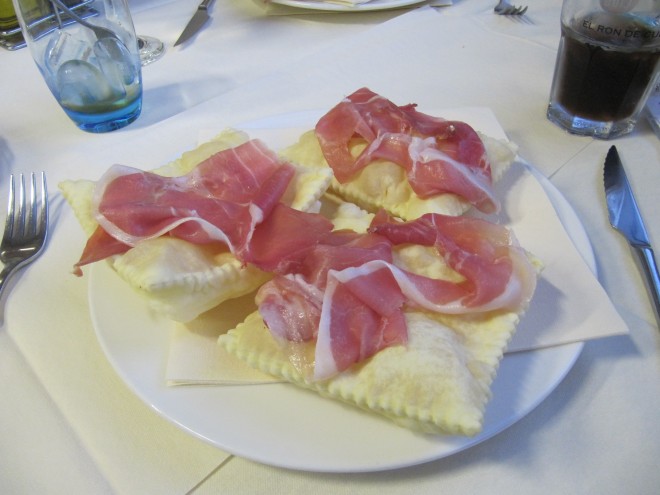 For our mains we had Risotto allo zafferano profumato con funghi and Gramigna all Salsiccia, which is a locally created pasta with sausage. Again, amazing. We shared a desert, which was another local product from a nearby pasticceria and was a sort of meringue with ice cream inside. The closest thing I could compare it to is a Baked Alaska that hasn’t been baked. It was nice but Marco had told us it wasn’t his favourite – it wasn’t ours either. 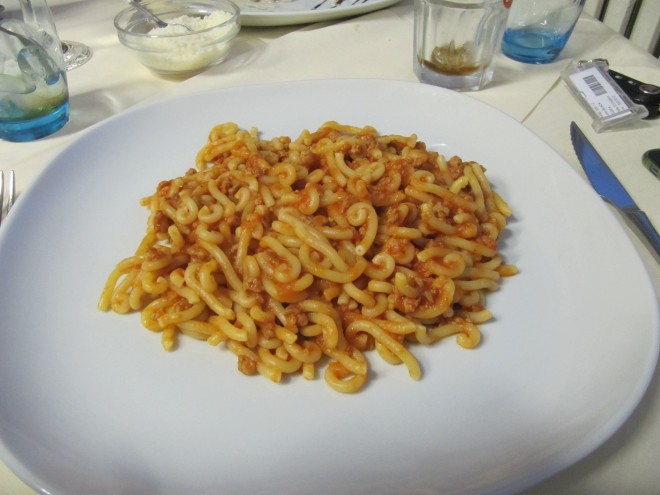 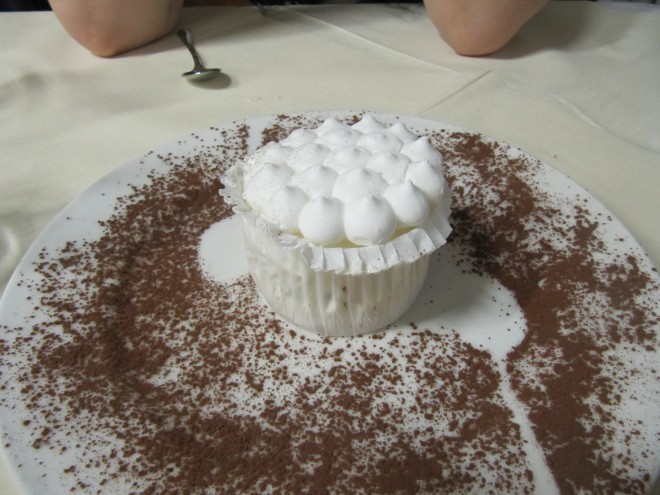 We planned to come back the following evening but were told the restaurant was closed on Tuesdays, however Marco gave us the details of a really good nearby Pizzeria. We went back to the hotel where I had a go at driving a left hand drive car around the car park for 10 minutes and I even briefly ventured out onto the roads – watch out Italy!