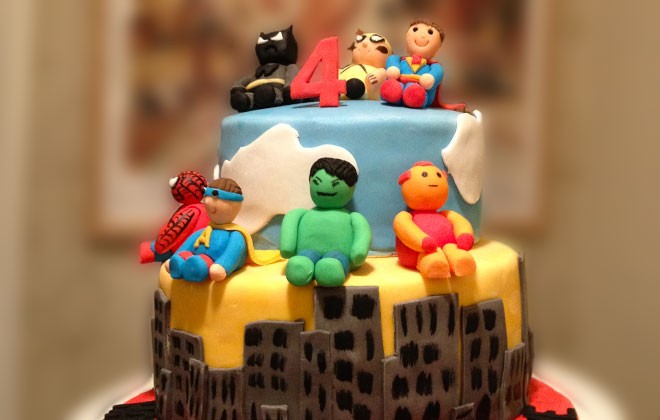 Batman, Wolverine, Superman, Spiderman, Hulk, Iron Man and A Man. All your favourite superheroes on one cake… Except… who is A Man?

A colleague asked me to make a superhero cake for his son, Freddie, and gave me a picture of what he wanted: a two tiered cake with a collection of characters on top. It wasn’t until it was finished that my husband and I became confused as to who ‘A Man’ was.

Captain America? No – there’s no shield.

Aquaman? No – the colours are wrong.

Even our nerdiest comic booking loving friends had no idea who he was.

I gave the finished cake to my colleague and then we realised. The picture I had been given was originally for a birthday cake for a kid named Adam. ‘A Man’ was Adam sitting with his favourite superheroes. I guess I should have changed him to ‘F Man’. Oops! 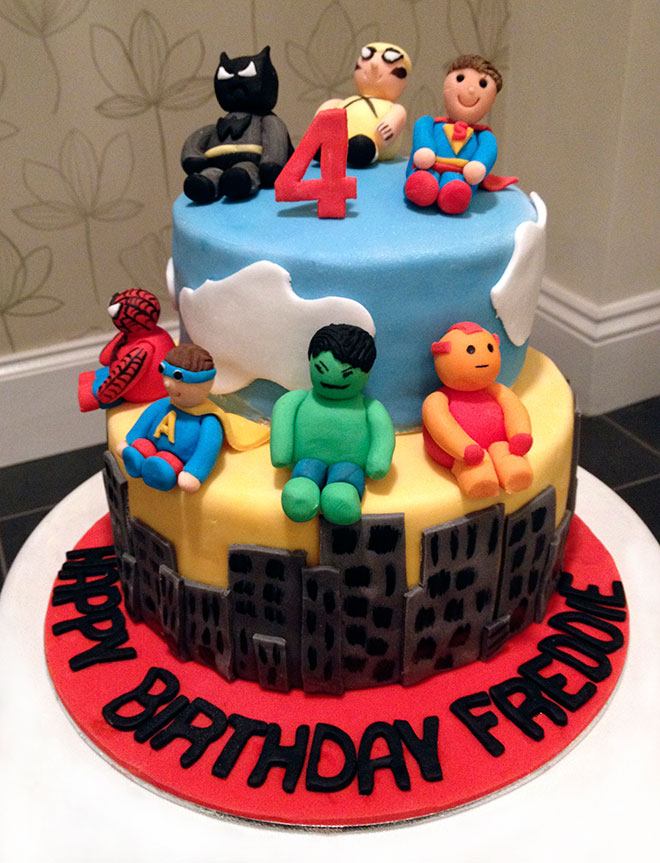